BNM unions fear for local jobs in Kildare and midlands 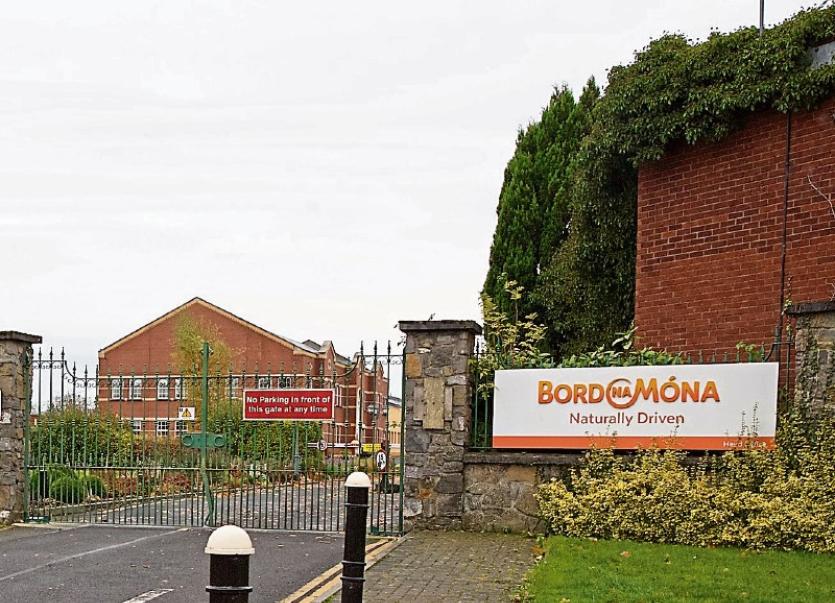 The Bord na Móna (BNM) Group of Unions has stated that there is a growing jobs crisis in Kildare and the midlands resulting from its decision to move away from peat briquette production in favour of solar, wind and biomass.

On Monday BNM announced its decision to invest  €1.2 billion in its solar, wind and biomass businesses.

This was welcomed by the Group of Unions as being a positive step and one that indicates the continued success of the company’s fuel businesses.

However according to  BNM Group of Unions secretary and SIPTU Organiser, John Regan, ‘the negative element of this major investment plan is that it provides no job security for BNM peat workers’.

He stated that if BMN proceeds with its plan to exit peat production it may result in widespread local job losses.

They raised concerns at the time that the purchase of the UK company has implications for the job security of the workforce locally in their Kilberry plant.

However Bord na Mona immediately reassured staff in its Kilberry plant after the UK acquisition saying it will 'underpin Irish jobs'. In a statement to the Leinster Leader Bord na Móna CEO Mike Quinn said “the acquisition helps support the sustainability of our retail horticulture business. Vitally, it will underpin Irish jobs and continued production across the group and within the broader Horticulture business and strengthen it's position in the UK market.”

And last December union representatives rejected a management proposal to reduce employee numbers at the semi-state company this year and argued that the Irish workforce should be expanded.

According to John Regan the Minister for Communications, Climate Action and Environment, Denis Naughten, has acknowledged a request by the BNM Group of Unions for an urgent meeting to discuss the threat to the future of the company and to its workers’ livelihoods resulting from the decisions of its board of management.

This meeting is expected to take place in the coming days.

Meanwhile a spokesperson for the BnM in response said the €1.2billion investment plan is a clear demonstration of Bord na Móna’s commitment to building a sustainable business that protects employment.

"Bord na Móna has already diversified significantly away from being an exclusively peat-based company and has throughout this process managed to sustain its business and employment. This announcement will continue to support this strategy, as the company invests in its Powergen, Peat, Biomass, Horticulture, Resource Recovery and Fuels businesses which directly employ 2,100 people.”