New defibrillator at Bank of Ireland ATM in Kildare town 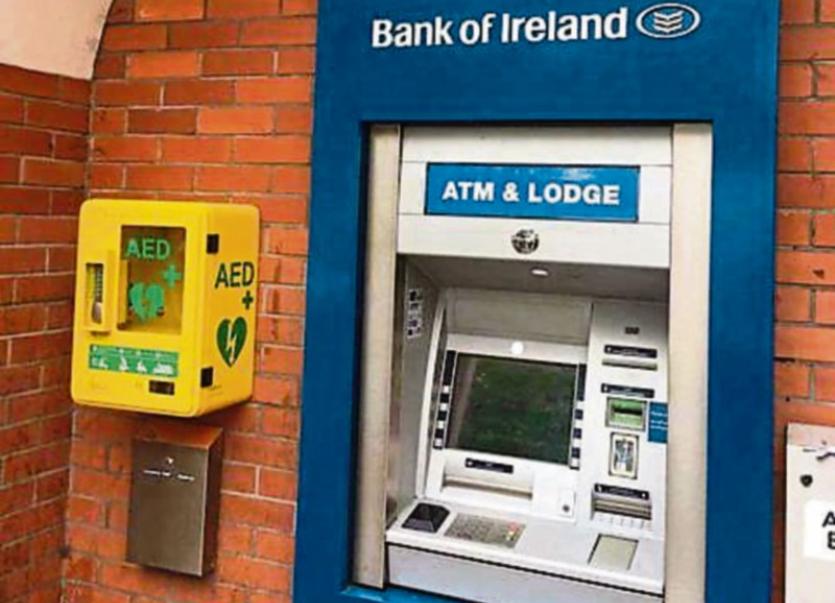 The new difribllator which was donated by Bank of Ireland  to the Community First Responders (CFR) scheme in Kildare has been placed beside the ATM machine.

Described as a proud day for Kildare Town Community and especially for the CFR group., it is the first 24/7 Public Access Defibrillator for the town.

Special thanks were given online to  “Kildare County Council and BOI Kildare Town and the many people in the community supporting us and helping us to make this possible.”

The installation was part of a commitment by Bank of Ireland to donate 15 defibrillators to CFR schemes nationwide in 2017.

The donation was made as part of Bank of Ireland’s, decision to continue their support of the Community First Responders schemes, given the valuable, life-saving role played by CFR trained volunteers with access to defibrillators in their local communities.

Defibrillators are small devices that are placed on the chest or abdomen and use electrical pulses or shocks to help control life-threatening arrhythmias, especially those that can cause sudden cardiac arrest. CFR schemes are community groups who work in conjunction with the National Ambulance Service as a first response unit for 999 calls for cardiac instances in the area.