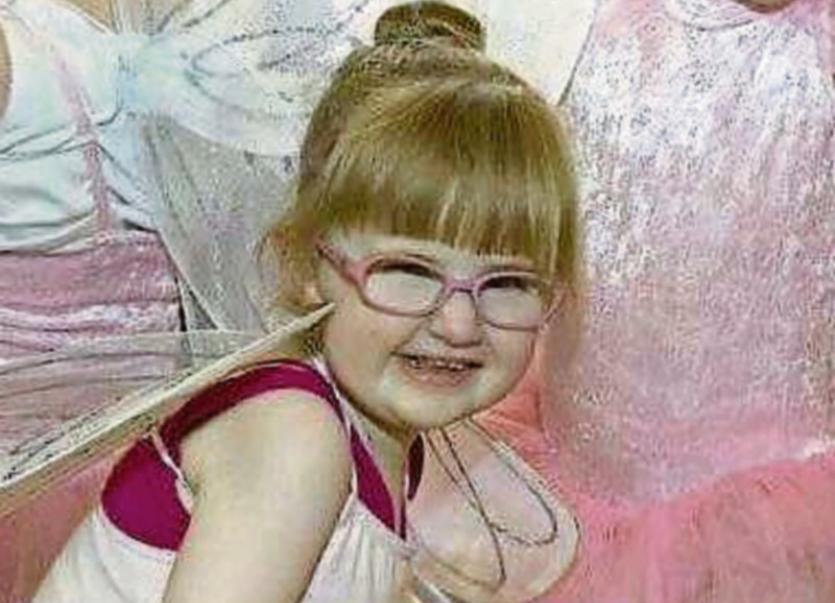 The O’Rourke Ballet school in Kildare are hosting a raffle for a very special girl in the school, Clodagh Daly on July 15 next.

Clodagh was born on 31 October 2012. At five-weeks-old she was diagnosed with Stage 4S Neuroblastoma a form of paediatric cancer. She is in the high risk category for Neuroblastoma.

Clodagh is the daughter of Tammy from Newbridge and John, an instructor in the artillery school in the Curragh Camp, from Cork. The school is appealing for local businesses to donate to the raffle.

“Her favourite hobby is ballet and she'll be performing in a show with the school on July 15,” said school owner Alibhe O’Rourke.

“We are hoping to have a raffle at the show to fund her treatments so are appealing to all local businesses to donate anything possible.”

Clodagh is currently undergoing multi-phase treatment in Crumlin Childrens Hospital, Dublin, in the care of an exceptional team of Doctors and Nurses.

Neuroblastoma is described as a cancer that generally only affects children under 5 years of age. Due to the peculiarities of Clodagh's individual case, who was first diagnosed at a few weeks old, there is an extremely high (70%) chance of relapse, should she be declared cancer-free the first time round. In 2014 Clodagh was treated by way of a clinical trial at Helen De Vos Children’s Hospital in Michigan to prevent a relapse and eradicate the cancer at stem cell level.

Experimental therapies are being developed in other countries that could potentially offer hope to Neuroblastoma patients and their families but these are very expensive. Despite the cost, which even at conservative estimates is in the hundreds of thousands, one of these experimental therapies may some day be Clodagh's only chance of survival.

Clodagh's mom and dad, Tammy and John, are now reaching out to get all the help they can, to give their little girl the best possible chance at a normal, healthy and cancer-free life.