Council will not reopen halting site for Monasterevin travellers 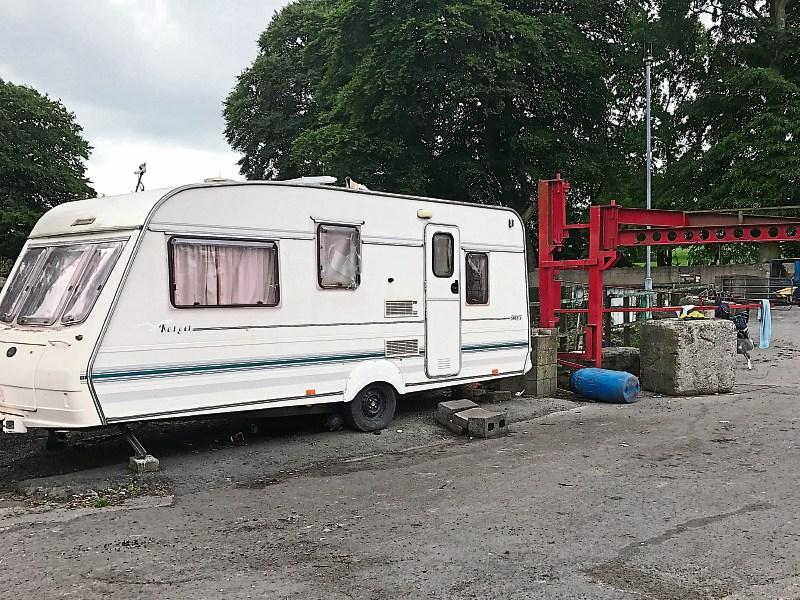 One of the caravans at the site

Kildare County Council has confirmed that it will not reopen a halting site outside Monasterevin where several traveller families are currently residing in appalling conditions.

The three families have been living just off Junction 14 in a town land called Cloncarlin for the past year just outside the halting site. Last week the plight of the families, who are living without any services, was highlighted by local councillor Thomas Redmond in a bid to get them housing and into the halting site as a temporary measure.

However the council has said that although it is not in a position to comment on individual cases it can confirm that Cloncarlin Halting Site was closed during 2016 and the family who had been residing there was accommodated elsewhere.

"It is not intended to reopen this halting site," the statement said.

Cllr Redmond came upon the Sweeney family living in slum like conditions a year ago after he took a wrong turn for Nurney.

According to Cllr Redmond their application to date for council housing has not been successful.

“Living with electricity from generators and no toilets they say they are forced to live like this as their application for housing is simply not working.”

He explained that the travellers, who have lived in many areas of Kildare, are not from here, but settled here. He said this is where they found peace and their children are in local schools.

“The last travellers here were housed in Athy and this is the hope of the Sweeney family. In highlighting this I would hope the council, who have known the family are living outside the halting site are in dire need for housing, will provide them with housing.”

He added that there are no toilet facilities and in turn there is no electricity and suggested that the council reopen the halting site for the families and called for the council to put them on the housing list.

“This is a slum and the families there are not being allowed onto the Kildare housing list even though three of the children are in local schools.”