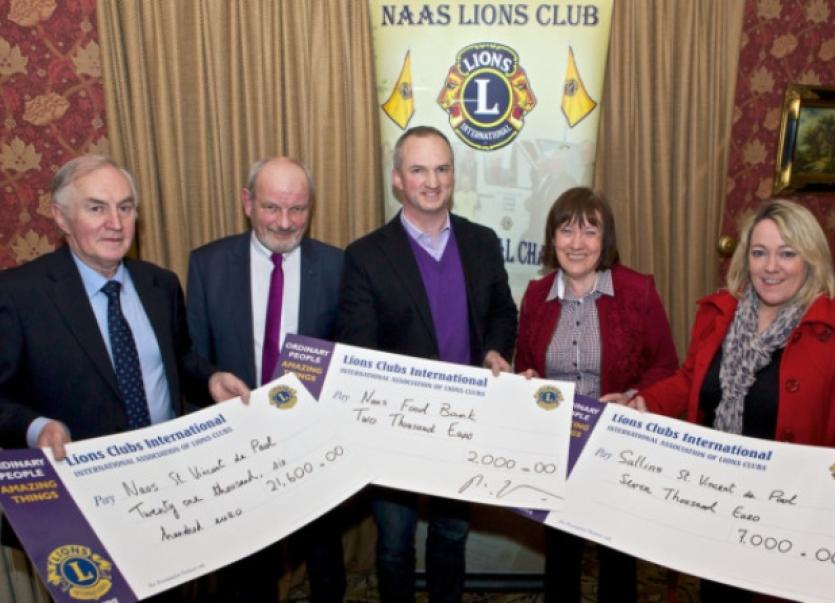 The Society of St. Vincent de Paul in Naas is spending some €160,000 annually helping people who have fallen on hard times in the Naas area.

The Society of St. Vincent de Paul in Naas is spending some €160,000 annually helping people who have fallen on hard times in the Naas area.

Naas V de P president John Miley points out that all of the money raised or donated to the V de P is spent locally.

“We don’t take any percentage whatsoever; although the economy is said to be improving these are hard times. Apart from the yearly (December) collection we have; we also receive money from Naas Lions and from Punchestown Racecourse, when Oxegen concerts take place (€15,000),” Mr. Miley told the Leader.

“We visit the callers and see how best we can attend to their needs; it could be gas, electricity or food and the conference decides on the assistance - not a single person. An example of people in difficulty are lone parents with two to three children, who have on average €80 per week to live on after rent has been paid.Many self employed people who lost their incomes when the recession arrived did not have immediate access to social welfare payments.”

In other cases gambling or alcohol addiction problems also cause problems.

There are some very tentative indications that the worst may be over. Contributions to the Naas Lions have remained steady and requests for help to the V de P have not been increasing. Like the V de P, the Naas Lion’s Club is a voluntary organisation and all money raised goes directly to charity.

The members pay for the costs of the running of the club from their own annual membership subscription.