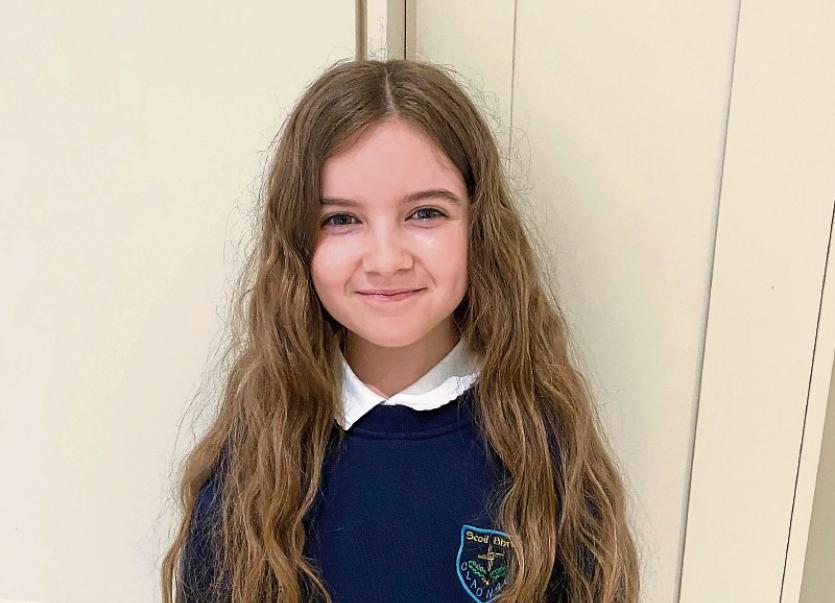 A 10-year-old Clane girl is to star in a touching new film highlighting the challenges faced by people with autism.

Mildly Different tells the story of a young girl with autism who struggles with the world around her until the kindness of one person changes her life.

Ruby Connolly will play the younger version of the main character, Christina, in the film which is being made by Sticky Tape Productions. Filming is due to start at the end July.

“She is so excited. We are very fortunate that both of our girls have been given these great opportunities,” said mum, Mandy.

Both Ruby and her sister Isabel have been members of Vicky Barry Performing Arts since they were three.

Maria Barry of the Barry Talent Agency put Ruby forward for the part with her audition taking place on Zoom. Due to the Covid-19 restrictions, the normal audition process has changed hugely, but that didn’t phase Ruby.

No stranger to the screen and camera, the Scoil Bhride pupil previously featured in a Dublin Airport billboard campaign and was also cast as the little girl who lost her teddy in the TV Tesco ad.

Ruby has already begun her preparation for the role and recently had a follow up Zoom call with the director, Anna Czarska, who wrote the award winning screenplay.

Ruby’s mum pointed out: “One little known fact is that autism is often misdiagnosed in girls.”

She stressed that they are often diagnosed with issues such as depression, high anxiety and other problems instead because they are able to mask symptoms of autism better than boys.

She said that this can often lead to a late diagnosis in secondary school, which means they miss out on the help they need in primary school.

“They can give them so much help when they are younger,” said Mandy.

Ruby will be filming on July 24 and 25 at three locations in Dublin. Staring with Jordanne Jones, who is quite an acomplished actress, the 10-year-old Kildare girl is thrilled to be involved in the project.

The talent obviously runs in the family. Ruby’s sister Isabel (12), who is due to start first year in Newbridge College in September, was in a film a few years ago and she was awarded a best young actor award in LA film festival and another in the Wexford film festival.

Covid-19 put a halt to auditions and the classes. However, Vicky Barry did keep the dance classes going on Zoom, which has now developmed into outdoor classes. Isabel, who hopes to become a primary school teacher is now helping Vicky with the younger students.