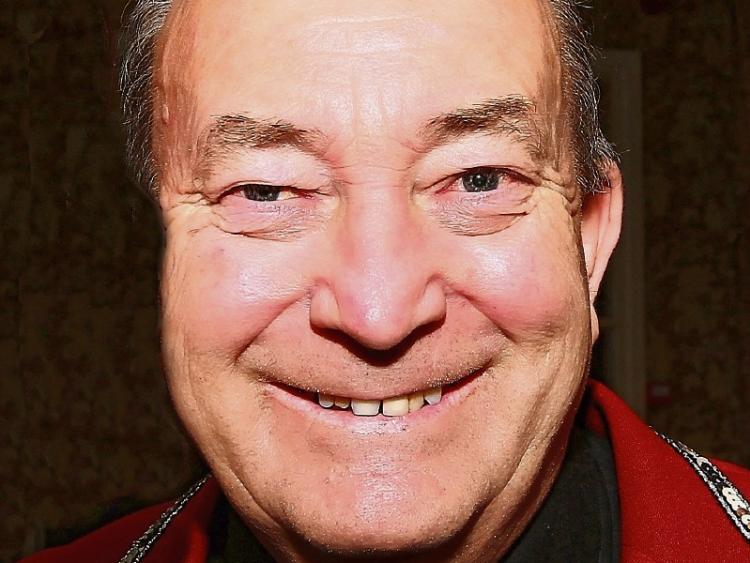 The funeral of well-known Kildare fundraiser and former Kildare Person of the Year, Matt Browne, will take place this Saturday.

The Clane-based man passed away on Sunday night last. He was in his late 60s.

Over the years he raised thousands of euros for people with disabilities.

He had a leg amputated in 2000 due to a combination of reasons including diabetes.

He was an “extraordinary man,” said Vincent Kelly, now retired as area manager for the National Learning Network, which was overseen by Rehab. “He had a very big heart.”

Matt’s father was a wheelchair user and Matt saw the need for facilities for such users. He started fundraising from an early age, when he was 17, and was instrumental in his support for the John Sullivan Irish Wheelchair Association Centre in Clane.

Matt was involved in a huge number of fundraising events, including reversing a bus around Ireland.

In 1989, he became the first person to win the Rehab Kildare Person of the Year Awards (POY) for his work for people with disabilities.

In 2005 he completed a 250-mile five day fundraising trip across rough seas on a jet ski, again to raise money for people with disabilities.

Clane-based Cllr Padraig McEvoy said: “He was a great fundraiser in years gone by. Reversing a bus around the country was one of his more daring achievements. He was connected with the early days of the Irish Wheelchair Association in Clane and the team of people who got it organised.

“In recent years, he compered the St Patrick Day Parades in Clane. He had a witty, encouraging take on all the participants marching down the street.”

Another Matt Browne fundraiser was an alternative male Rose of Tralee competition.

Rose Barrett O’Donoghue, who did public relations for the Kildare Rehab People of the Year Awards in the early 2000s, said Matt was “flamboyant, charismatic and totally irreverent, along with a generous heart and possibly the most positive person I ever met.”

Seamus Morahan, the former advertising manager of the Leinster Leader when the paper sponsored the awards, said Matt’s death came as a total shock. “I was so shocked and saddened to hear of his dfeath Sunday night. Condolences to his family.”

Matt Browne is deeply regretted by his family, grandchildren and many friends.

Due to Covid-19 regulations, a private family funeral will take place. Remains arriving at St Patrick & St Brigid’s Church, Clane, for 11am funeral mass on Saturday, November 7, with burial afterwards in Mainham Cemetery.

Matt's funeral cortège will pass through Prosperous on Saturday morning at 10.30am for people wishing to pay their respects. Please adhere to social distance rules. Mass can be viewed at www.claneparish.ie.