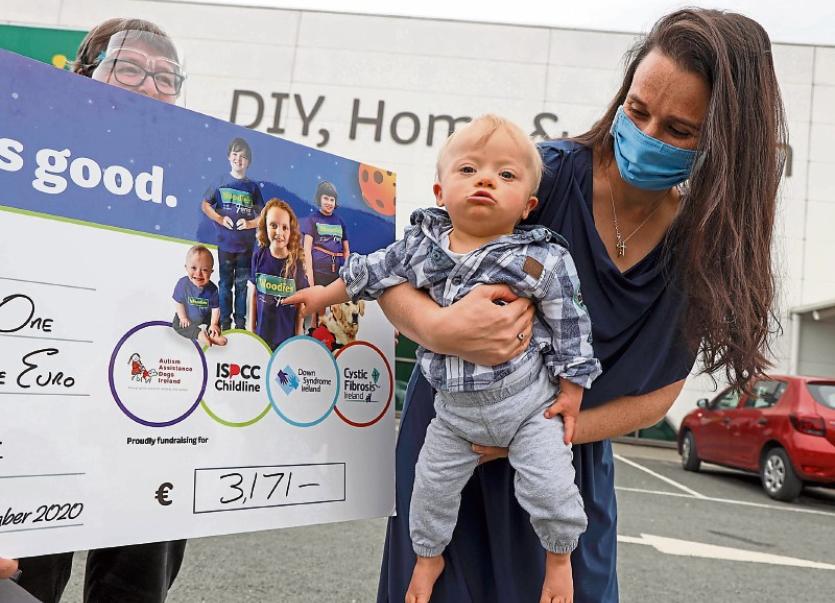 Little Conn Brennan from Newbridge, who features on the Woodie's Heroes campaign, with his mum Marie

An impressive €13,669 was raised by Woodie’s two Kildare stores during the sixth annual Woodie’s Heroes campaign this summer, thanks to the generous donations of its customers, colleagues and suppliers.

According to a spokesperson for Woodie’s, “this year, the campaign asked the public to help Woodie’s cover 384,400km by counting their steps — the distance from the Earth to the Moon – and it is safe to say they went to infinity and beyond, raising an impressive €340,000 so far nationwide.

“This means a whopping €1.84 million, has been raised by Woodie’s in the last six years. Donations will continue to roll in up to the end of September.

“Woodie’s Newbridge and Woodie’s Naas are so proud of their achievement and efforts to raise €3,171 and €10,498 respectively which will help change the lives of so many. “

Newbridge mum Marie Brennan and her son Conn (21-months), who was the ambassador for Down Syndrome Ireland were also celebrating the great success of the fundraising campaign.