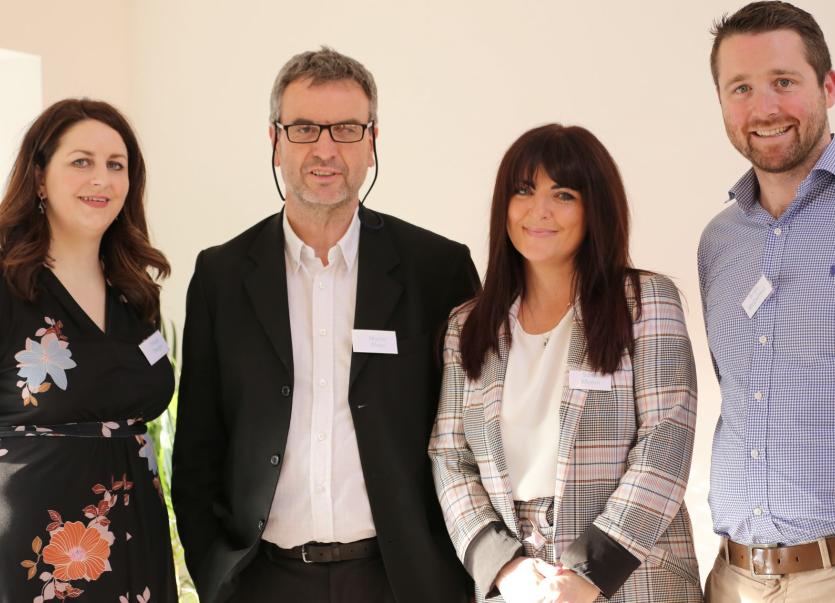 At least 80 West Wicklow business owners met recently for a great night of networking. Ballymore Group showed their support for local business interests by sponsoring the event held at their marketing suite in Ballymore Eustace.

Orlagh Deegan, owner of Choice Training & Consultancy, has been involved in organizing network events in West Wicklow since 2015. Orlagh decided she wanted to hold a similar event in her home town of Ballymore Eustace. She approached Ballymore Group owned by Sean Mulryan who very generously gave access to their marketing suite in the village and sponsored delicious food from the award winning Ballymore Inn on the night.

Orlagh partnered up with Sonia Moran from Punctual Print to plan and host the event. Attendees were greeted with a wine reception sponsored by Punctual Print and Choice Training with music by local talented pianist Callum McClintock, a member of Ballymore Eustace Concert Band, another award winning local group!

Ballymore Group representative Aislinn O’Buachalla spoke about Ballymore’s ambitious projects in London, Prague and the Dublin Docklands. What particularly interested the audience was an overview of local developments in Naas and the proposed housing development in Ballymore Eustace featuring integrated parklands. Ballymore Group have always been a huge supporter of business and community in the village. Clare and Peter McShane, Glas Energy Technology are a business located in Ballymore Eustace and stated that they are proud to be working on two of Ballymore’s large developments in London including developing bespoke software.

Harvey Appelby spoke about the challenges he and his wife Ciara faced after purchasing the Factory (Old Woolen Mill) in Ballymore Eustace in 2013 and his plans to restore it to a viable future, an enormous undertaking. Their plans are to restore the factory and create a whiskey distillery in the original building.

Brian McDermot, director of Event Fuel who has recently taken over The Avon Venue in Blessington and is heavily involved in the Kaleidoscope Festival, spoke about the potential for business in West Wicklow. Brian spoke about the Blessington Greenway project as a link between Russborough and The Avon and has plans to build a hotel on the site in Blessington as well as develop the venues activities and corporate offering.

Sonia Moran, business development manager of Punctual Print spoke about networking for business growth. Sonia is known locally as the ‘Networking Queen’. The energy she brought to the room was palpable. She gave everyone in the room something for their networking toolkit and shared her own networking successes.

Orlagh commented: “These events wouldn’t be possible without the generosity of local businesses, it always amazes me what you get just by simply asking, people are more than willing to help out and tonight is a perfect examples of local business owners both big and small coming together to support one another”.

If you are interested in joining the West Wicklow Business Network, email westwicklowbusiness@ gmail.com They meet the last Thursday morning of each month.