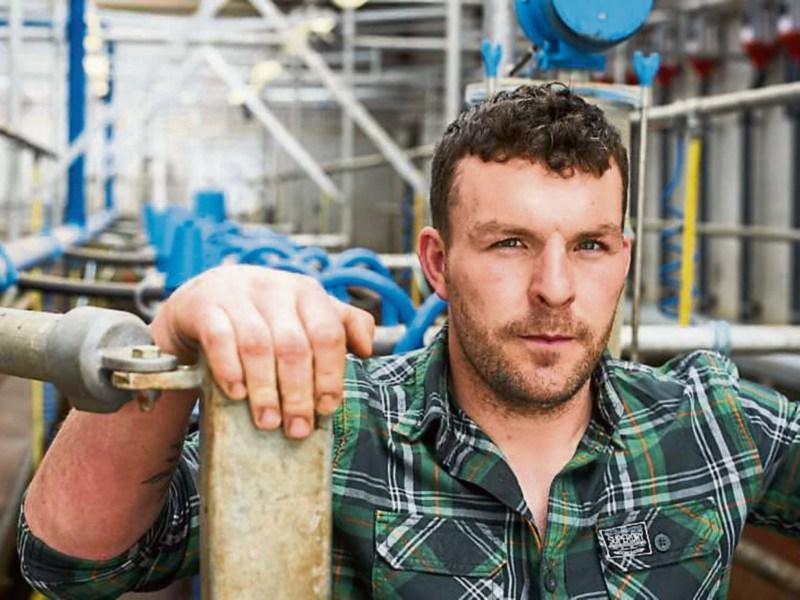 A 34-year-old dairy farmer has been elected chairman of Kildare Irish Farmers Association.

At the Association branch’s annual general meeting in Newbridge, on Wednesday, March 30, Brian Rushe was elected for a four-year term.

While he was born in Wicklow to parents both from farming backgrounds, the Derrinturn, Carbury man went to school in Edenderry, at St Mary’s.

Mr Rushe succeeds Pat Farrell, who completed his term and is running for the deputy president position of IFA tomorrow night.

Brian Rushe converted from sucklers to milk in 2013 and supplies Lakeland Dairies.

His Roscommon born father, John, runs SuperValu in Naas, but Brian told the Leader he is not part of that particular operation. His mother is from Edenderry.

The family bought the Derrinturn farm in 1997 and Brian has been running it since he was about 21, having completed a business certificate and decided that farming was what he wanted to do.

He was in beef and tillage up to 2013 when he entered the milk business.

But like most business, there is uncertainty over the returns expected. “It all depends on the milk prices,” he said.

There is a big concern among farmers over the drop in prices this year. “Last year the prices were not as bad as expected, for some anyway.

“There is a lot of uncertainty, particularly where the price being paid is below the cost of production,” he said.

Brian is married to Rebecca and they have two children, John (4) and Rhys (1).

Rebecca has been working as a nurse in Tullamore but is moving to a job at Clane Hospital.

That will make it easier for the couple to look after their children.

Brian has been busy. “There have been times I was due to pick up my son from school but something came up and somebody else had to collect him,” he said.

Brian is currently completing a Nuffield Scholarship. That is provided by the Nuffield Trust, which operates in six countries, including Canada, Holland and France.

In 2015, he was awarded one of six bursaries to do some study. His topic was the perception of agriculture by people not working in it.

“It is an issue in some of these countries,” he said.

He travelled to the USA and Australia and spent two weeks in China.

China was “fascinating and a bit of an eye opener.”

He visited farms which were run on a subsistence basis, including small rice farms, which produced just enough to feed the family on it. China has big food needs, said Brian. “It has a fifth of the world’s population to feed but a tiny proportion of the arable land.”

A lot of the better land is frozen.

“There is a big gap in income between the wealthy living in the cities and these subsistence farmers.”

He also visited Government collective farms. As chairman of Kildare IFA, Brian will be busy, but reckons that meetings held at the Irish Farm Centre on the Long Mile Road won’t be as difficult for him to reach as for others.