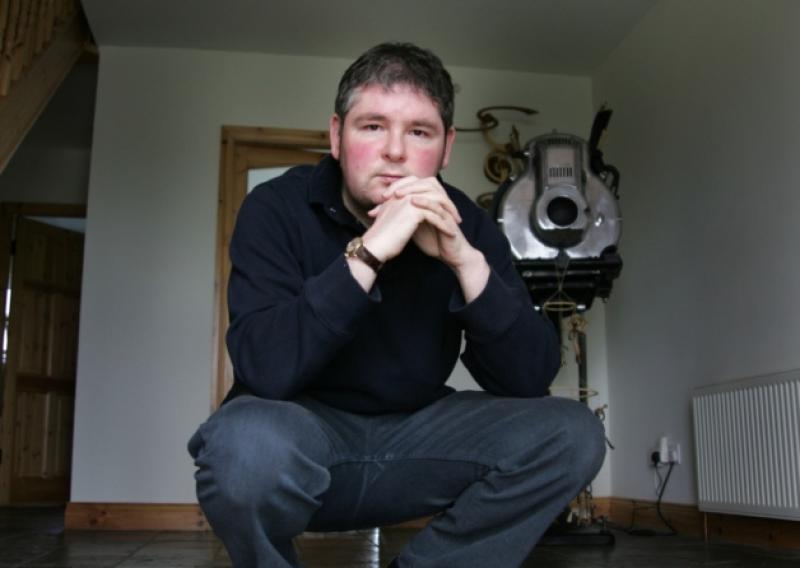 Horror writer Darren Shan, like the creepiest tales and most unexpected scares, could be lurking where you least expect him.

Horror writer Darren Shan, like the creepiest tales and most unexpected scares, could be lurking where you least expect him.

“One of the nice things about being a children’s author is that you can be a best seller, and still fly under the radar,” he told the Leinster Leader ahead of his workshop at the Riverbank Arts Centre this Thursday (see panel).

“I was reading an article in Q Magazine about how the Killers have sold 15 million albums , and if you spotted the band in the street, they would be mobbed. I’ve sold 25 million books, and you can still be unknown.”

Shan likes this anonymity, despite being extremely accessible to his young fans via his website and schedule of book signings and school visits . It’s one of the reasons why doesn’t seem too concerned that few of his works have been adapted for the silver screen - a 2009 adaptation of the first of his ‘The Saga of Darren Shan’ books didn’t perform well enough at the box office to merit a sequel.

Limerick-born Shan (his pen-name is a shortened version of his surname O’Shaughnessy) burst onto the young adult fiction scene in 2000 with ‘Cirque Du Freak’.

His horror and fantasy series, plus stand alone books, have since tantalized young gore fans with tales of zombies and vampires.

He also writes adult novels, most recently under the name ‘Darren Dash’, to separate them from his children and teen fiction output.

His latest series is a 12-parter called ‘Zom-B’. One book is released every three months- the seventh has just hit the shelves - and the series is scheduled to end in 2015.

The series concerns a zombie apocalypse, but has underlying themes of racism and paranoia. “After 9/11 and the London bombings, I noticed a rise in racist groups,” said Shan.

The ‘Zom-B’ series of books carry the message to children to be careful where they place their trust, and not to go down the route of racism and fear. Not, of course, that the deft wordsmith would overtly push such a message.

He talks of wrapping the larger message up in a big story of myth and legend.

“I think if you write a book that’s message driven, only a small percentage of kids will be interested in that and it’s hard enough to reach them in the first place. But if you wrap the issue up in something fantastical, you’ll reach a wider audience.”

The latest ‘Zom-B’ book, ‘Zom-B Mission’, returns to the theme of racism, but Shan is careful not to keep hammering the message home. “That would deaden it, no pun intended,” he quips.

Shan says it’s “disgraceful” that publishers have effectively given up on books for teenage boys, with the excuse that youths of that age group don’t read.

“If you provide books that they are interested in, a lot will continue to read, and if you provide that bridge, a lot will stick with reading,” he said. “It’s by no means impossible, but they have to make an effort, provide stories that intrigue them and engage them on another level, it’s not just about the action and humour.”

Shan’s books are gorey and full of horror - book chain WH Smith refused to stock them when his debut novel was published, although it did an about-face and later nominated it for their ‘Book of the Year’.

However, Shan maintains that his young adult fiction always has a strong moral undertone.

“I’m always aware that I’m writing for people who are coming of age,” he said.

That’s one difference between his teenage and adult works.

“In adult fiction, you can be more morally ambiguous. I don’t feel I need to be a moral guardian, and will go off in darker directions,” he said.

Shan’s fans are possessive about his characters and his vision of the dark underworld - some even write to express their dissatisfaction when the plot doesn’t go to their liking.

“A lot of my fans hated Twilight, they said that vampires that sparkle are the worst thing ever!” he said.

Shan, however, takes the view that such series make youngsters pick up books, and it may lead them to other literary discoveries.

“Books are fun, they should be part of the entertainment industry,” he said.

“I know they are important education-wise, but they have to be read for fun, first and foremost.”

Shan is a prolific author. All of the Zom-B series is written and the final edits are being done on the last three books in the series.

“Before I was a writer I was an avid reader, and I couldn’t always find out stuff about my favourite writers.

“When ‘Cirque Du Freak’ came out, I wanted to provide the sort of access to myself that I would have loved to had to writers like Clive Barker and Steven King.”

Not that he will give away any indication of what’s in store for the main protagonist of the ‘Zom-B’ series, B Smith.

“It’s very easy for me not to give hints,” said the master of suspense.

“I love racking up the tension and not giving anything away. It would spoil all the twists ahead if I did.”