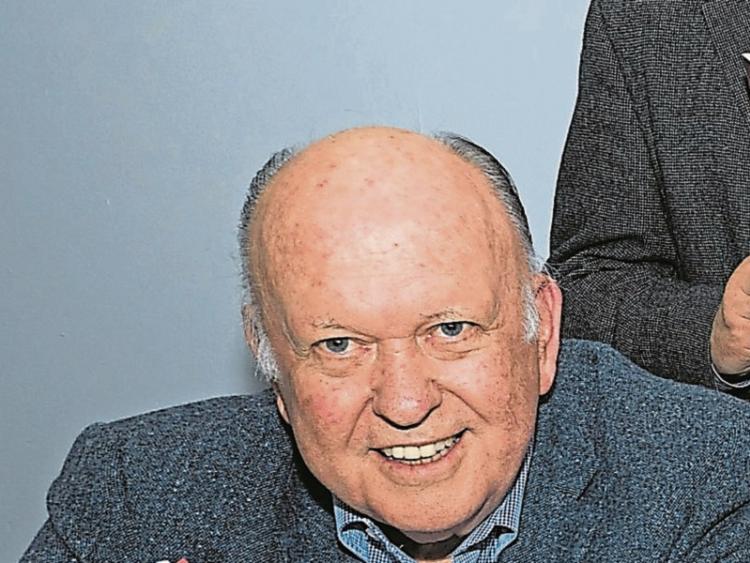 the late Pat Given fondly recalled

Members of  the Clane Local History Group have paid a special tribute to the late Pat Given at the launch of their 2019 journal, Coiseanna.

Launched by honorary Mayor of  Clane, Des Marron, who sang on the occasion,  the group marked the passing of their friend and mentor, who died last September.

The 2019 edition is dedicated to his memory.

Speaking on behalf of the group, Brendan Cullen, thanked everyone for their support. “It has been a very difficult year for us. The loss of Pat was sad. He was a brilliant person and we all loved him,” he said.

Speaking in the presence of some of Pat’s family members, Mr Cullen said they had to pick up the pieces but they decided they would have to continue.

Congratulating the group, Des Marron said they had lost John Noonan, Una Heffernan and Pat Given in recent years.

Nevertheless, the committee has produced a 128 page journal which includes an obituary of Pat by Larry Breen, articles on forgotten and  monuments at Carrigeen, the consecration of St Michael & All Angels church, a link with the song, Adeste Fidelis, to Clongowes Wood College, a short history of Barberstown Castle.

Also included is an article on the archaeological evidence from Sallins bypass road development and one on Richard Southwell Bourke, the 6th Earl of Mayo, who was the Governor General of India as well as being Master of the Foxhounds in Kildare at a point in his life.

Another Indian link is a piece on Richard Griffith of Millicent who made a fortune from his involvement in the opium trade in India in the late 1700’s.

The journal costs €5 and can be bought at Marron’s pharmacy in Clane.