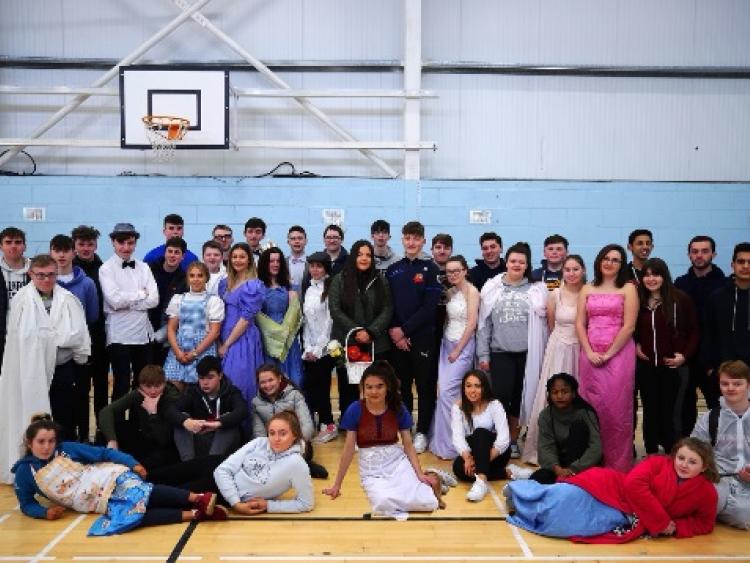 St Paul’s Secondary School Transition Year Students will present a production Cinderella the panotmine on Wednesday 7 and Friday 9  March at the gym at 8pm.

The panto production tells the story of the well known tale with a few inventions of their own.

The story goes that in a far away kingdom, Baron Hardup has a beautiful daughter called Cinderella. Ever since the Baron Hardup re-married, his new wife and stepdaughters keep spending all his money. To make things worse they treat Cinderella like a slave. Cinderella has a best friend called Buttons who is secretly in love with her and will do anything to win her affections.”

On the other side of the Kingdom, a prince is throwing a masked ball to find the girl of his dreams.

Cinderella’s cruel stepmother and stepsisters won’t allow Cinderella to go to the ball. However Cinderella’s Fairy Godmother comes to the rescue. Cinderella is transformed from rags to glamour. She goes to the ball where anything can happen.

To find out for yourself pop along to the panto in St. Pauls Secondary School on Wednesday 7 and Friday 9 of March at 8pm to find out.

Tickets are on sale now from the school reception, O'Rourkes Pharmacy, Earley's Fashions, and on the door. Tickets are €10 for adults, €7 for over 12's and under 12's €5.