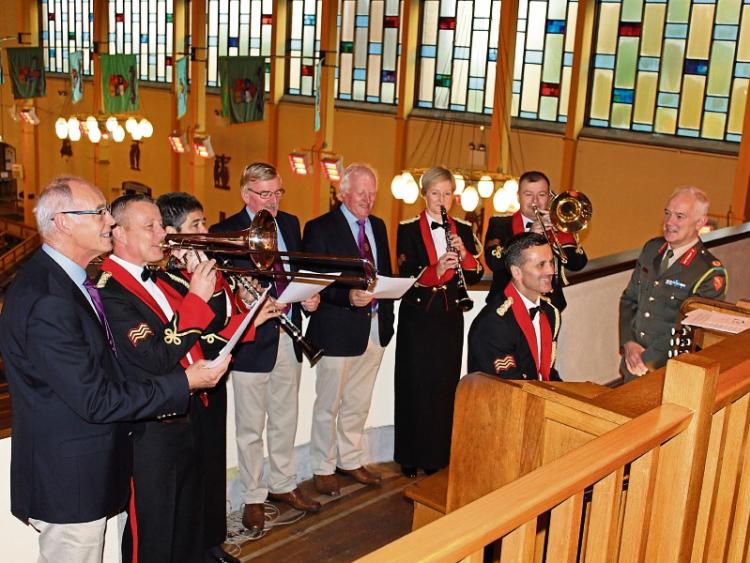 The concert will feature the Baldonnel Singers and the Army No. 1 Band with special guest, tenor Paul Linehan and soprano Emer Barry.

Paul has performed throughout the country, from The Waterfront (Belfast) and Cork Opera House to The National Concert Hall and The Mansion House in Dublin.

He has also performed in the UK, France, Spain, and Syria.

A former winner of the Tenor Solo Competition at the Feis Ceoil, he toured for two years with The Master Tenors.

Emer is one of Ireland’s most popular performers such is the versatility of her voice and her rapport with her audience. A dynamic and experienced singer, she has performed operatic roles with Opera Ireland, Lismore Opera and Glasthule Opera and has performed internationally with award winning classical crossover group Affiniti.

The programme will also feature the Pipe Band of the Defence Forces.

The proceeds from this concert will go to the Curragh Lourdes Fund and the Curragh Military Museum.

The Curragh Lourdes Fund was established in 2010 to bring children with special needs from the surrounding localities on the Military pilgrimage to Lourdes.

Tickets are available from Brennan’s Maxol in Newbridge, Harte’s Bar and Grill in Kildare town, Jam Music Store in Naas, and by email from Curraghmilitary.museum@defenceforces.ie, and Baldonnelsingers@gmail.com at a price of €15.

The performance starts at 8pm.