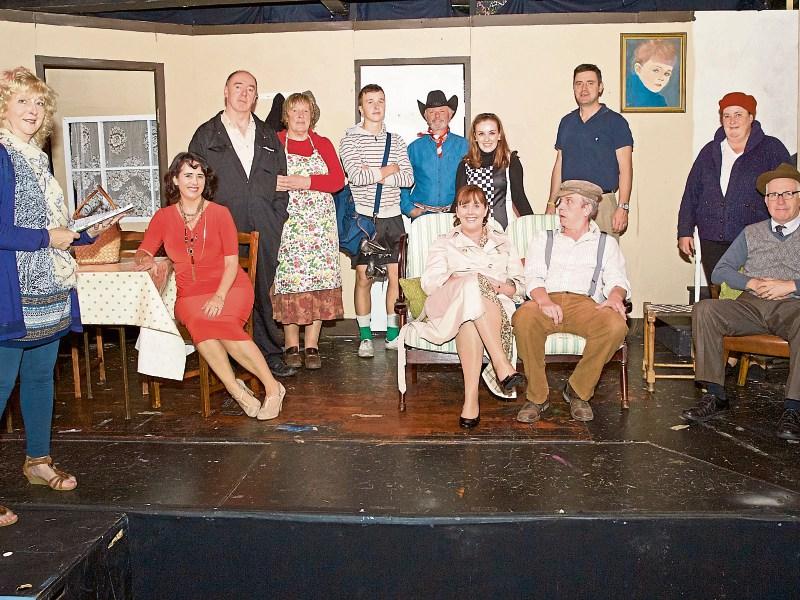 Kill Musical & Dramatic Society are back on the boards this week at the village's Dew Drop Inn with their latest production.

Wedding Fever is a hilarious comedy by Sam Cree.

The action is centered around the engagement of Myra, daughter of Alec and Sadie Galbraith, to Dennis, son of local farmer Patrick Hall and his wife Mary.

The play is set in the late 1960s and takes us from the proposal right through to the wedding against a backdrop of industrial unrest, a football mad household, unexpected visits from distant relations and a medical emergency.

Wedding Fever is directed by Society member Laura Sheehan who has directed a number of plays for the society in recent years, including the hilarious What's For Pudding, which was presented as part of the Societies Evening of one act plays earlier this year.

The Society are also currently busy preparing for their Panto this year, Beauty and the Beast, which will be staged at the end of November.

Emer Harnett is once again at the Helm as director/musical director with choreography by Julianne McNamara from Newbridge.

Rehearsals are kicking off this week and the society would love to welcome any new members interested in getting involved. For more information contact the group on 0894341709.