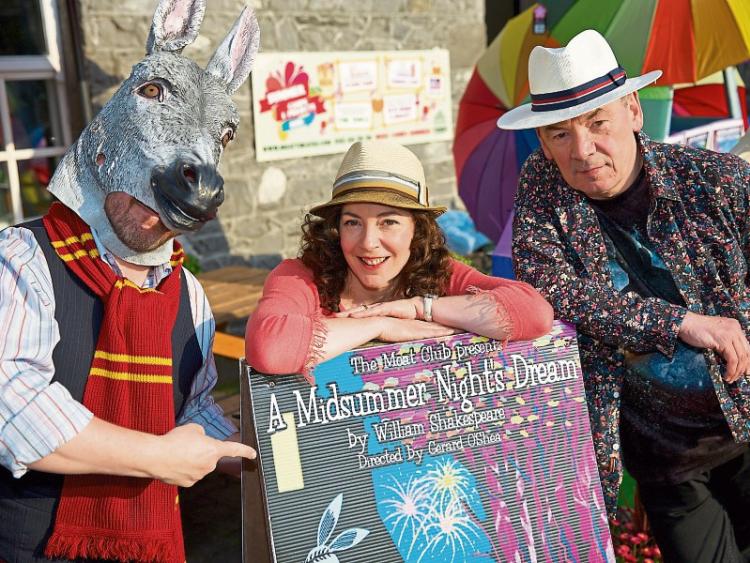 To mark the 400th anniversary of Shakespeare’s death, the Moat Club will stage A Midsummer Night’s Dream at the Moat Theatre from June 14 to 18.

William Shakespeare wrote the romantic comedy in 1595 or 1596 to be performed at a society wedding at which Queen Elizabeth I would be in attendance, which may explain why it starts with talk of two weddings and ends with three.

Set in and around the woods of Athens, two young couples find themselves in an epic love quadrangle, and almost come to blows.

This is not the first time the club has tackled Shakespeare's best-loved comedy about the fickleness of love.

30 years ago, they were the first amateur group ever to compete on the competitive drama circuit with a play by Shakespeare. Reaching the 1986 finals in Athlone, they brought home a hoard of awards including Best Actress for Bredha Sexton (Titania Queen of the Fairies), Best Supporting Actor for Conall Boyce (Bottom the Weaver), Best Set Design for Stan Hickey, Best Lighting for Pádraic Clince and Best Director for Anne Mekitarian. The production came second overall.

This June’s production, with a cast of 13 under the direction of Gerard O’Shea, is a perfect opportunity for next year’s Junior Certificate English students to see the text brought to life.