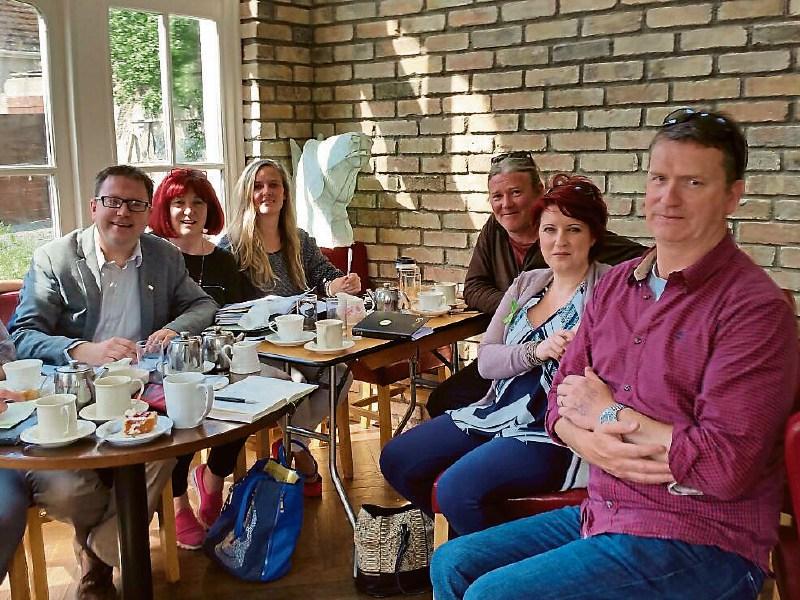 Some of the members of the Midsummer Festival Arts Committee

A broad range of local groups have thrown their collective weight behind a new initiative to bring a Summer festival to Naas next month.

The two day event will be hosted in both Naas and Sallins and will be launched as the Midsummer's Arts Festival.

It will feature drama, art and street theatre and will be funded by money set aside by local councillors specifically for this purpose.

It will be held on the weekend of June 24 and June 25 — the weekend closest to the Summer Solstice and Midsummers Night.

The idea was promoted by Dep James Lawless when he was a councillor and Mayor of Naas.

“The project will bring together artists and many other creative people from the Naas area and beyond and will hopefully breathe some more life into the town and give voice to the arts scene,” said Dep Lawless.

As well as set piece performances, a number of interactive workshops are planned.

It will be a showcase of sorts for local talent and a number of household names will appear.

There will be tutorials for budding artists of any age and it promises to be fun-filled event.

The group hopes that this will be the first instalment of what will become an annual event not just locally but on the list of arts festivals nationwide.