'Language of the Mute' inspired by real-life events 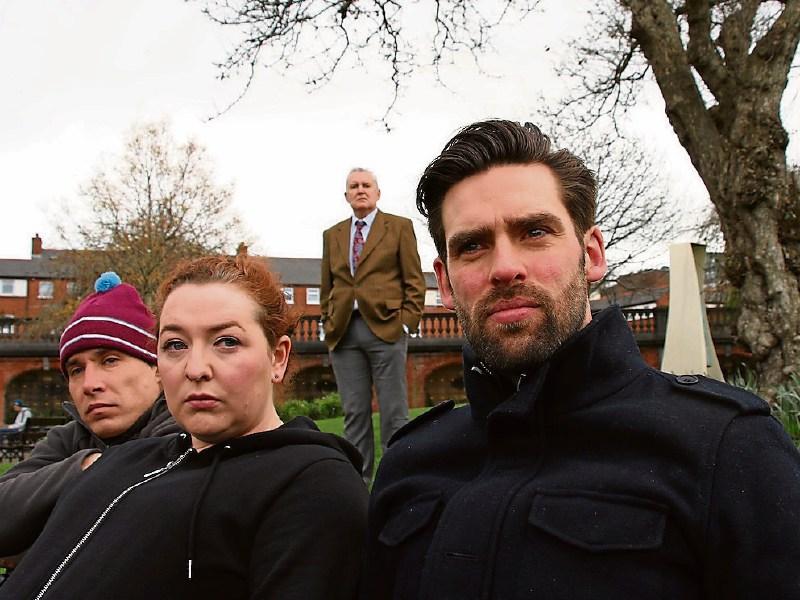 The cast of 'Language of the Mute'

He founded an Irish-language summer school in Connemara in the 1960s and was a well-known figure on Irish language television programmes.

He died in 2013 before he could be brought to justice for his alleged crimes against young victims from all across the country.

But a former teaching colleague of his, playwright Jack Harte, has given his victims a dramatic voice in his play Language of the Mute.

Having premiered in Dublin last year to rave reviews, it will visit the Riverbank Arts Centre in Newbridge this Saturday, May 7, the first date on a nationwide tour.

The drama is an exploration of how charisma can be used for unscrupulous purposes as ex-pupils confront the former teacher who has had such an effect on their lives with his abuse of power.

“I was teaching beside this guy for ten years and I never suspected anything,” Harte told the Leinster Leader.

“He used to recruit young lands to help out, and he was raping them on an industrial scale. He was very charismatic, with a great personality and drive and all the rest and huge energy. He was just taking it for granted he could do what he liked.”

TG4 screened a programme after Ó Lubhlaí’s death which exposed his actions on a national scale. Harte, however, is careful to draw a distinction between a journalistic investigation of the saga and his own work, which is a play inspired by the events.

“At the same time it brings people through the process of trying to come to terms and understand it, and at the end there is a sense of purging and starting again and being optimistic for the future — life and love triumph.”

He admits it was “hugely difficult to write”, though he had “more sympathy for my former students than I did for any relics of friendship I had for him.”

The response from the victims was positive, and several of them came to the first night of the show.

“As the title suggests, the problem was with communication and why the kids could not have told,” said Harte. “I had a superb relationship with them and I never had the slightest hint of what was going on.

“In Ireland we are great at using language for entertainment, but not for communication or talking about our feelings or troubles. We bottle them up and don’t talk about them.”

Harte says that some people are reluctant to see the play as they feel they might not be able for the emotions it would produce.

But he counters: “every single person who saw it felt it was a fantastic night. This is not entertainment, it’s a theatre experience. You bring the audience through a whole process, and at the end of the night when they go out, they feel they have understood something”.

Harte will be familiar to some rural Kildare readers from his previous novel, In The Wake Of the Bagger. which was about the thousands of families who moved to Bord na Mona towns for employment in the fifties and sixties.

From a family with Sligo roots, he was reared in such a place, Lanesborough in Longford, and worked his summers footing turf on the bog.

Language of the Mute is at the Riverbank Arts Centre in Newbridge this Saturday, May 7, at 8pm. Tickets are €18 and the show starts at 8pm. To book tickets, contact 045 448327 or log on to www.riverbank.ie.