Top quality drama at Rathangan Festival over next week 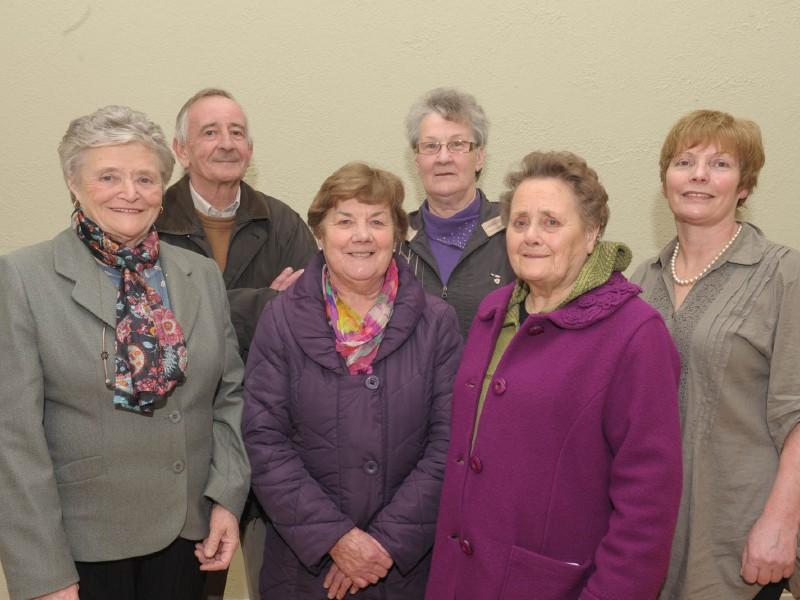 Lots of comedy, tragedy and intrigue is promised during the coming week of top drama at the Rathangan Drama Festival.

The festival started yesterday, Thursday March 31, and runs to Friday April 8, the Rathangan Community Centre (RYARC) is home to one of the county's best known festivals on the circuit.

“The groups hail from Wexford, Laois, Galway, Clare, Tipperary and Waterford and are hoping to gain enough points to qualify for the RTE All Ireland Open Finals to be held in Athlone in May or the Confined Finals which are being hosted by Castleblayney Drama Festival in Mid April.”

She added; “As usual, the festival is great value. Season tickets are priced at €80( €40 concessions) and the individual nightly ticket is €12(€8 concessions) including tea and coffee at the interval.”

The opening night featured Holycross/Ballychaill Drama Group's interpretation of The Thrill of Love by Amanda Whittington.

On Friday April 1, Passage by Deirdre Kinahan will be staged by Amphitheatre Drama Group. The play tells the story of Kate, a successful gay career woman, living in London who grapples for identity in the wake of her estranged Irish mother's death. A new relationship develops with a Dublin cousin, taking Kate on a journey back to Ireland and into her own soul.

Written by Bernard Farrell, I do not like thee Dr Fell will be performed by Clodiagh Players on Saturday April 2. This comedy is a depiction of an over-night therapy session involving a group of disparate people.

On Sunday 3, Glenamaddy Players will stage Night Mother by Marsha Norman - a 1983 play about a daughter, Jessie, and her mother, Thelma (Mama).

The play opens with Jessie calmly telling Mama that by morning she will be dead, as she plans to commit suicide that very evening. The subsequent dialogue between Jessie and Mama slowly reveals her reasons for her decision, her life with Mama.

Shannonside Drama Group will bring Kings of the Kilburn High Road by Jimmy Murphy to Rathangan on Monday 4.

The play features a group of men, who left the West of Ireland and sailed to England in the hope of making their fortunes and returning home. Twenty five years later only one, Jackie Flavin, makes it home - but does so in a coffin. The play takes place on the day the group meet up to drink to Flavin's memory.

Billy Roche's Belfry will be performed by Brideview Drama Group on Tuesday 5. This play tells the story of Artie, the sacristan in the local church.

Caring for his elderly mother, he spends most of his time with Fr. Pat and Dominic the young alter-server - that is until Angela starts to help with the church flowers. The two begin a soaring affair, but when somebody tells Angela's husband, Archie is left to face life without her.

Wednesday 6 will see Thurles Drama Group take to the stage with Marina Carr's Portia Coughlan. Haunted by the death, fifteen years previously, of her twin brother who keeps calling to her, Portia has become, in turn, a ghostly figure. She lives with her husband, whom she can't love, and her three children, whom she can`t trust herself to care for.

On Thursday 7, Bunclody/Kilmyshall will be performing Moonshine by Jim Nolan. This production is set at Easter when a small village's Protestant Church is closing due to a fall off in the numbers attending Sunday services. Meanwhile the incorrigible McKeever persists against the odds with an amateur Shakespeare production which produces a magical transformation in the lives of six ordinary people.

The final night will see Kilrush Drama Group stage The Far off Hills by Lennox Robinson. This comedy about a widower and his three daughters all experiencing the highs and lows of love. subject to romantic advances.