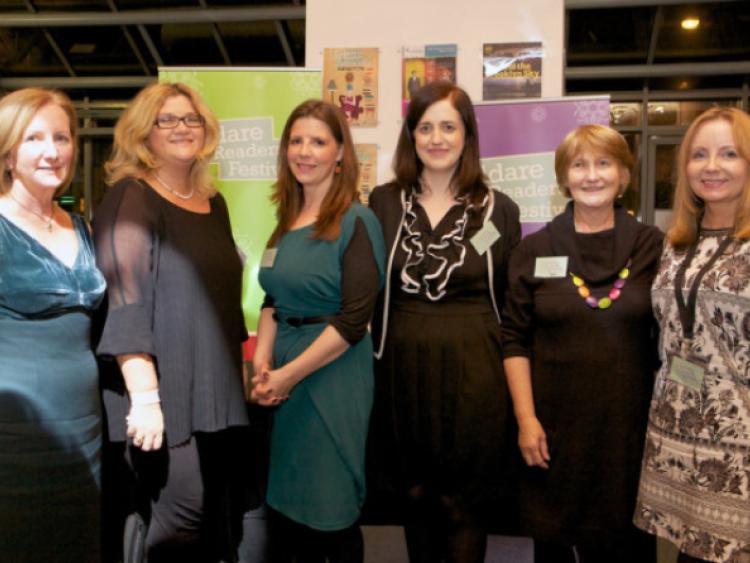 Kildare Readers’ Festival 2013, which took place from October 9 to 13 in Riverbank Arts Centre, drew a fantastic turnout with over 1,000 in attendance over the 13 events.

Kildare Readers’ Festival 2013, which took place from October 9 to 13 in Riverbank Arts Centre, drew a fantastic turnout with over 1,000 in attendance over the 13 events.

The festival was in high spirits by Friday evening when Lilly Higgins, author of Make, Bake, Love and Dream Deli arrived to judge the cakes produced from her first book for the great Riverbank Bake Off.

“On Sunday morning, novelist, poet and playwright, Dermot Bolger was joined by poet Theo Dorgan and Ireland’s Professor of Poetry Paula Meehan,” she said. “This highly popular session included readings from all three poets and the audience stayed in the arts centre for a couple of hours afterwards, speaking to the poets and having their books signed.”

There was plenty of laughter and tears as Senator Mary O’ Rourke spent an utterly engaging hour and a half speaking to her audience about her life and memoir, Just Mary.

Local writer, James Durney presented an event on his current book, War of Independence in County Kildare. The KRF Notebook project, over 200 moleskin notebooks created by writers, visual artists and film makers from all over the world was described as a huge draw.