Queues and excitement as doors to new store opened

It's official: the 149th Aldi store in Ireland has finally opened up in Newbridge.

Attendees at the opening this morning, which was adorned by balloons and spectated by inflatable air-dancers, included Fine Gael Minister Martin Heydon TD, Social Democrats Cllr Chris Pender, KFM's outside broadcast van, and a horde of eager shoppers.

One optimistic shopper was Newbridge resident Phil Collins, who said that she has been looking forward to the opening of a Newbridge-branch of Aldi for years.

“I can't wait to get inside and see the special offers they have in store,” she added.

Catering the event was Bewley's, Organic Kombucha and Coughlan's Artisan Bakers, with the latter two being partners of Aldi. A cheque was also presented at Aldi for €1,000, which will be given a local charity based in the town named Homeless Care.

In addition, a rugby ball provided by the supermarket's sponsor, the Irish Rugby Football Union, also made an appearance at the event. 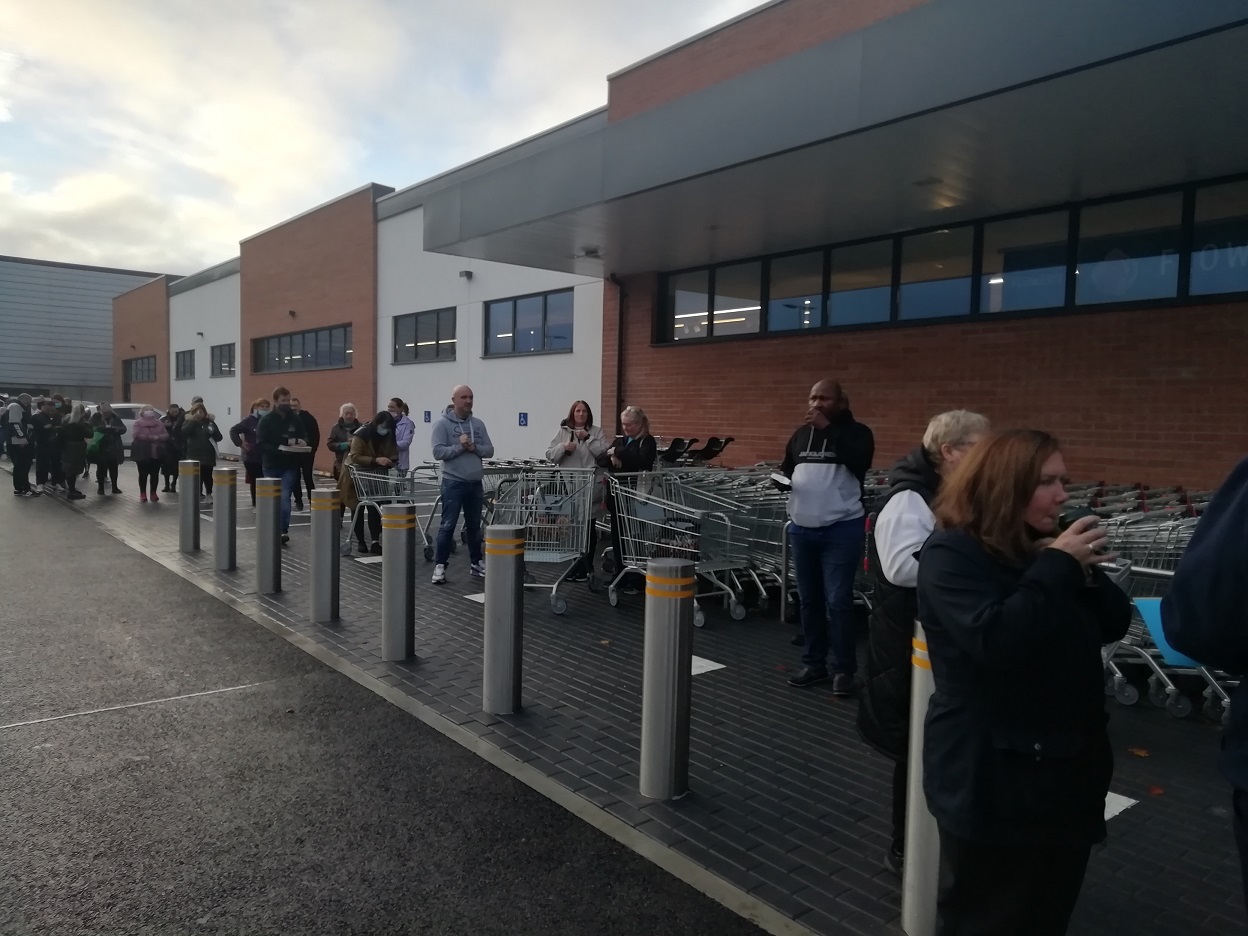 Commenting on the announcement of the store's opening, store manager Dermot Magan told the Leinster Leader: “Aldi has been trying to get permission in Newbridge for years... Aldi has an affinity for Kildare, and all its stores do very well here.”

He also said that hopes at the team remain high, even in spite of the recent announcements of Covid-19 restrictions: “It (the virus) has been around for so long now and the world is used to it.”

“I can't see it hampering us to be honest, as the Irish public are great at adhering to public health advice,” he said.

Mr Magan also confirmed that there are currently 25 workers at the new Newbridge store, and there are also job vacancies.

He even gave his thoughts on the latest Kevin the Carrot advert, featuring newcomer “Ebanana Scrooge”: “It's class! They smashed it out of the park yet again.

“Kevin is definitely here to stay, and I hope Ebanana does too... although nobody will ever replace Kevin!”

He concluded: “I am extremely proud to see everyone out here, it really shows how loyal Aldi's customers are.”

Shoppers in the store this morning

Minister Heydon also said at the event: “It's enhancing the retail offering in Newbridge, and the town has developed hugely as a centre for retail.

“The jobs provided by Aldi will also help boost the local economy, and it provides another option for them to shop elsewhere... it's just great to see it.”

Cllr Pender added: “Having additional places to shop is never a bad thing; it will provide other people with somewhere else to shop if they're on lower incomes too.

“It's a bonus in that it gives us all an opportunity to come together safely, especially with how... let's say, lacklustre and ever-so-slightly depressing the last number of months have been.”

Aldi is now open for business in Newbridge, and will be operating at the same working hours as other branches across the country.