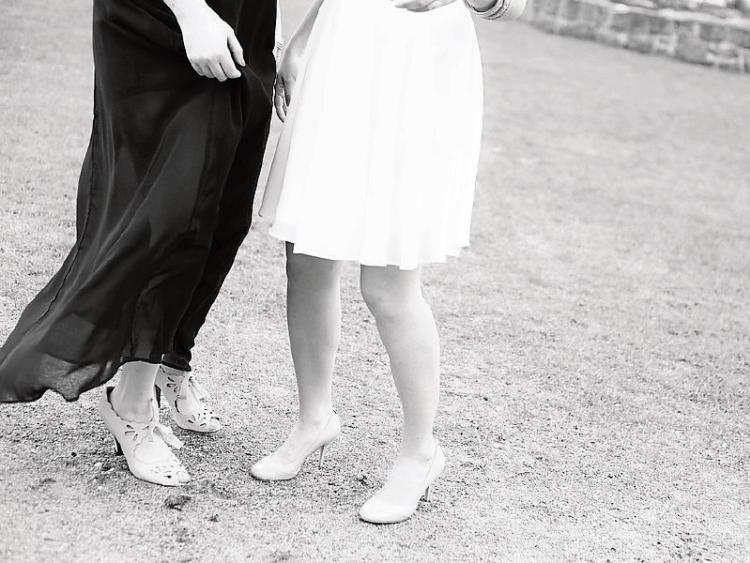 Around this time of year students start putting their CAO applications together. They called it a process back in the 1990s which is probably why it was student repellent and everyone was half allergic to it.

The forms were nothing but grids, boxes to tick and instructions to fill out in black pen. It felt like a bit of a waste of time because so many just checked to see what everyone else was doing and then put down the same thing.

No one thought some of these college choices in Carlow and Waterford would become a reality.

Only the best informed knew a degree carried a class rating of 2:1 while everyone else knew 2/1 as the door number of the first classroom on the second floor of Naas CBS.

People just weren’t interested in the CAO in the same way they were in the next night out or the biggest night out of them all — the Debs.

This wasn’t just a spectacular in the school year but of the entirety of your secondary school years joined up together.

I grew up hearing stories about wild nights in the Ardenode in Ballymore, students drinking with teachers (and scrapping with them the odd year), early morning treks into Dublin bowling alleys and sometimes the early house on Capel Street.

There was never any mobile phone evidence from Slattery’s and the civilised photos in the Leader taken at the beginning of the night didn’t begin to tell the real story.

But then I’d seen for myself the heel-less hordes from St Mary’s barefoot on Main Street the morning after holding on to cold
McDonald's.

No local night manifested into such a spectacle and it was a night of many firsts.

It was my first time in a black tie and my first sip of Champagne that didn’t have cider in it and was bought in Mulveys.

The first year pin stripes hit the county it looked like the cast of Goodfellas had turned up in Poplar Square.

People were taking off Robert De Niro and talking like Joe Pesci only to dance like Des Cahill, later on.

One year, someone broke rank and wore a wine coloured dickie bow.

It was part of pub conversation in the Paddock the next morning after the outing caused a Gianni Versace like fashion stir.

People didn’t break with fashion uniformity so much then so the most obvious explanation was that yer man in Q&M had run out of black ones.

And there was no slim fit either. Everything was one fit in there. Clothes and Debs Tuxedos were either too tight, too big or the trousers crumpled like an accordian around the ankles. It was your bad luck if you left it too late to book your three piece.

And that went for your date too. Some people got their claim in in the summer. That took guts and a few scoops too probably because looking back, it was the nearest thing to a proposal.

The girls carried off the night much better. Much, much better in fact. They transformed into women ala Clark Kent’s conversion to Superman. Beside them we were like the fellas in Bugsy Malone who looked too young for the suits and had too few licks of a Gillette razor.

The girls held it together until the cold kicked in and then lads had to hand over their jackets.

That could be interpreted as a sign that you’d scored or that it was just a particularly cold Naas night.

I never made the bowling alley myself and I’ve no good story to explain that away.

My abiding memory after the Keadean closed and the lights went out is a smell of socks in a front room in the Paddocks filled with half a dozen of us with our Q&M jackets doubling as army blankets. On the Saturday morning they reverted to fashion ware again for the lunchtime and early evening finale in Kennedys or the Lamps.

It was never designed to play out this way. But it was always destined to for so many.

Unlike the CAO choices there was certainty at least in where the Debs journey would end up and a bit of comfort in that too — Southern mostly, with a dash of red on the stroke of midday right after the doors opened.