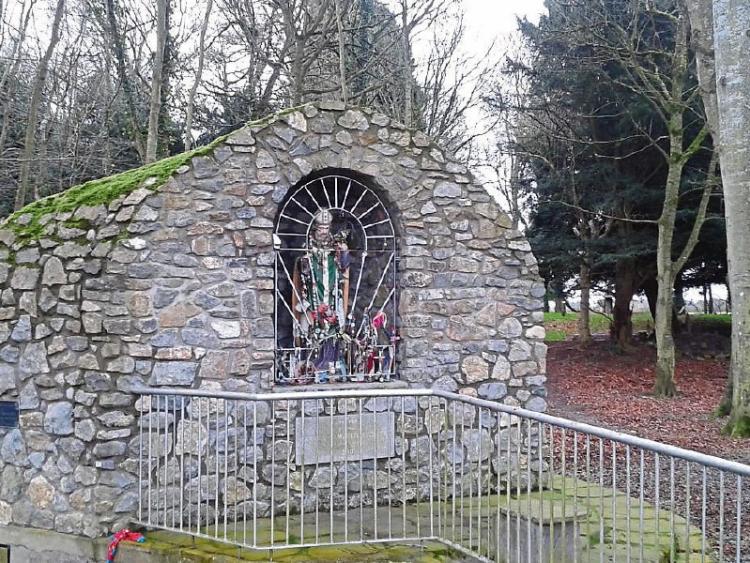 The grave of Maire Ní Raghallaigh at Barretstown Cemetery

A special talk to commemorate one of the most prominent figures in the Celtic revival, the late Maire Ní Raghallaigh, will take place at her graveside at Barrattstown cemetery outside Newbridge this evening.

Organised by Newbridge Local History Group with the help of the Clongorey local community, the talk by author and local historian, Mary Ryan will take place this evening, Friday September 16, at 7pm.

Máire was a prominent figure in the Irish Celtic revival and was active in the national struggle.

Mary will give a short account of Maire Ni Raghallaigh’s life, and her involvement in Conradh na Gaeilge in the Naas area.

A founder member of Conradh na Gaeilge, she set up a shop on Dorset Street in 1916 and that became a place of refuge for volunteers on the run during the War of Independence.

She was held in such high regard that de Valera, as Taoiseach, attended her funeral in 1941.

She died aged 70, in June 1941 and was buried in the family plot in Barrettstown. In a notice in the Leinster Leader published shortly after her death, Miss Ní Raghallaigh was described as “very well known in the Irish language movement which was her life's ambition, and she also rendered sterling service to the National cause during troubled times.”

Her contribution to the nationalist and Celtic revival movements was first brought to light by County Meath historian Larry Ward.

The talk is one of a selection of Culture Night events taking place throuout County Kildare.